Change that ought to happen faster

The complexity of this space should actually be the very reason why digitalization is initiated.

The insurance industry is a huge one. Its market value in OECD is estimated at 3,3 trillion USD. At the same time it is a complete digital laggard. Why? Because of years long postponing of the inevitable: the Digitalization. A process that so many other industries, even as big as this one, at least tried to initialize or have been going through for quite some time.

Let us have a look at some of the main reasons for this delay.

Many insurance companies have been waiting for a long time for a competitor to make the first move. Considering the fact how in many other areas not an established name, but a completely new player took advantage of the new technologies, revolutionized entire existing industries and became undeniable leader in the new markets they designed, this could turn out to be a very dangerous game.

The insurance industry works on a complex patchwork combination of software suits, core systems, subsystems, software modules… To achieve the necessary level of digitalization through them is simply impossible. To start a transition to a completely new, next-generation solution seems extremely risky, and could mean a very long decision making process that few companies are willing to go through.

Many decision makers in the insurance industry are concerned that the complexity of their business limits the opportunities for digitalization. And while there are definitely very important factors to be considered, like how can the digitalization be started without affecting in any way the stability of the business operations, the complexity of this space should actually be the very reason why digitalization is initiated. Because digital processes bring incomparable efficiency, ability to innovate and adapt.

So taking all three points into account, how can an insurance company start the digitalization process in a smart way? By providing a completely digital, fully paperless insurance process to its customers. Without having to change its existing IT infrastructure at all, or at least at the beginning. 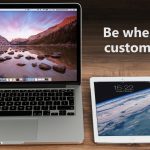 Be where your customers are. And yes, that includes chats
November 23rd, 2016 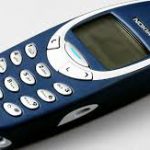 What insurers can learn from Nokia
October 18th, 2016 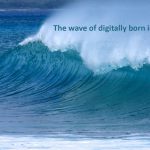 The wave of new giants is coming: The digitally born insurers
September 30th, 2016