« previous article How the insurance industry will grow even bigger next article » The wave of new giants is coming: The digitally born insurers
August 9th, 2016 | by eINS.tech Blog | Comments
Tags: insurance

I read several reports that identified social media consumption as a major trend insurance companies need to follow closely and take advantage of. This immediately sparked my interest (naturally, considering my background is in Media and Communications).

In this article I would like to summarize what I found out about insurers’ social media behavior and what I consider a potential red flag. In a next installment I will focus on the amazing opportunities, which can be explored on social media. Of course, by the companies that are fast, smart and have the necessary instruments to act accordingly.

I would like to start by clarifying that this article is focused primarily on my research of the social media profiles of the biggest insurance companies. While preparing this post, I also analyzed a lot of profiles of medium sized insurers, which seem to share many of the challenges the big ones face (low ratings, negative comments by customers etc). I also found examples of small, local insurance companies, providing niche products, e.g. pet insurance, that were able to achieve high ratings and generally keep their customers’ comments positive. Surely, a big part of this success is due to the good work their communication teams are doing. Still, I decided not to focus on these profiles, because there are major product-related factors that are bound to influence their positive outcome too (people tend to like pictures of cats and dogs on social media).

I went through the profiles of the biggest global insurers on social media. I was struck by the similarities in their communication strategy, or actually the similar results of its obvious absence. It almost seems that insurers know social media exist, they know they gotta do something about it, but they seriously don’t know what. I have seen this trend in other industries, most recently in hospitality. But unlike the hospitality industry, insurers are put under additional pressure. Their service is not associated with holiday and travel, but with negative emotions, caused by stressful situations. Insurance is also one of the industries with highest customer dissatisfaction and lowest customer trust.

What do insurance companies do on social media? Almost as a thread running through all profiles, you can see that insurers want to use social media to project a positive and fresh image. They share information about events they sponsor or conferences they participate in, or just some generic pictures of happy families having breakfast or traveling and feeling well protected. That’s all good and one of the many uses of social media can indeed be purely as a PR channel. But one look at the comments section brings us back to reality. Comments range from sharing anecdotes (my favourite one: a customer was astounded when he received an email that the insurer was not able to reach him over the phone about the claim he submitted for a stolen phone…) to angry comments about feeling harassed by the insurer’s call center despite the customer’s multiple clear indications that he does not want to be bothered in this way. A lot of customers share that they felt cheated, misinformed, unhappy with the provided advice and service. Keep in mind that these comments are public, visible to everybody looking at the insurer’s profile. Every communication specialist would immediately see a huge red flag. Why? Because insurance companies are drawing attention to their key messages on a platform, where these are being framed* in a negative context. In other words, by sharing their PR materials, but ignoring the storm of unhappy comments insurers are actually hurting their own brands. Instead of seeing the happy family on the picture and trusting the company that it can secure this happiness, customers see the happy family, read the angry, disappointed comments and perceive the insurer as a hypocritical liar.

Here it is – the huge red flag!

One, that insurers obviously ignore. Insurance companies seem overwhelmed by social media. Just like in other areas, e.g. technology, they prefer to do what they have been doing for 30 years. Often, the communication on social media is simply a copy-paste of the one designed for other channels (e.g. sharing visual materials meant for outdoor advertisement). It almost seems that there is a consensus in the industry. Do what everybody else is doing, wait, see who will be the first to come up with something better, and then follow their lead. And in the meantime customers are unhappy. But then again, they are unhappy with all competitors too, so that’s fine…

…in the meantime customers are unhappy. But then again, they are unhappy with all competitors too, so that’s fine…

However, just like in technology, the waiting game in social media could have disastrous consequences. Companies think that they will be able to simply follow in the first innovator’s footsteps. But as we have seen in other areas like travel, the first one to disrupt an industry rarely sits and waits for the old players to catch up.

* The Framing theory is one used broadly in Social Sciences, in particular the Media and Communications field. It postulates that a topic or a message can be perceived in a very different way depending on the context or a field of meaning it is placed within by media or other players (further explained here). 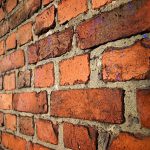